This Contract is between Orange Computer Inc. (the "Client") and Less & More Design LLC, a California limited liability company (the "Designer").

The Contract is dated [the date both parties sign].

1.1 Project. The Client is hiring the Designer to do the following: The Designer will assist the Client in the information architecture (IA), user experience (UX), and user interface (UI) of their new website. This will include the home page and five additional static pages.

1.4 Expenses. The Client will reimburse the Designer's expenses. Expenses must be preapproved by the Client. Reimbursement is subject to the following: The Designer will be reimbursed to reasonable, pre-approved expenses, including but not limited to travel, materials costs, and research costs.

1.5 Invoices. The Designer will invoice the Client for work done at the end of the project. The Client agrees to pay the amount owed within 15 days of receiving the invoice. Payment after that date will incur a late fee of 5.0% per month on the outstanding amount.

2.3 Credit For The Work Product. The Client is under no obligation to give credit to the Designer each time it publishes the work product.

3. Competitive Engagements. The Designer won’t work for a competitor of the Client until this Contract ends. To avoid confusion, a competitor is any third party that develops, manufacturers, promotes, sells, licenses, distributes, or provides products or services that are substantially similar to the Client’s products or services. It is also a third party that plans to do any of those things. The one exception to this restriction is if the Designer asks for permission beforehand and the Client agrees to it in writing. If the Designer uses employees or subcontractors, the Designer must make sure they follow the obligations in this paragraph, as well.

5.1 Overview. This section contains important promises between the parties.

5.2 Authority To Sign. Each party promises to the other party that it has the authority to enter into this Contract and to perform all of its obligations under this Contract.

5.4 Designer Will Comply With Laws. The Designer promises that the manner it does this job, its work product, and any background IP it uses comply with applicable U.S. and foreign laws and regulations.

5.6 Client Will Review Work.The Client promises to review the work product, to be reasonably available to the Designer if the Designer has questions regarding this project, and to provide timely feedback and decisions.

5.7 Client-Supplied Material Does Not Infringe. If the Client provides the Designer with material to incorporate into the work product, the Client promises that this material does not infringe on someone else’s intellectual property rights.

6. Term and Termination. This Contract ends on December 1, 2015, unless the Client or the Designer ends the contract before that time. Either party may end this Contract for any reason by sending an email or letter to the other party, informing the recipient that the sender is ending the Contract and that the Contract will end in 7 days. The Contract officially ends once that time has passed. The party that is ending the Contract must provide notice by taking the steps explained in Section 11.4. The Designer must immediately stop working as soon as it receives this notice, unless the notice says otherwise. The Client will pay the Designer for the work done up until when the Contract ends and will reimburse the Designer for any agreed-upon, non-cancellable expenses. The following sections don’t end even after the Contract ends: 2 (Ownership and Licenses); 3 (Competitive Engagements); 4 (Non-Solicitation); 5 (Representations); 8 (Confidential Information); 9 (Limitation of Liability); 10 (Indemnity); and 11 (General).

- The Designer will use its own equipment, tools, and material to do the work.

- The Client will not control how the job is performed on a day-to-day basis. Rather, the Designer is responsible for determining when, where, and how it will carry out the work.

- The Client will not provide the Designer with any training.

- The Client and the Designer do not have a partnership or employer-employee relationship.

- The Designer cannot enter into contracts, make promises, or act on behalf of the Client.

- The Designer is responsible for its own taxes.

- The Client will not withhold social security and Medicare taxes or make payments for disability insurance, unemployment insurance, or workers compensation for the Designer or any of the Designer’s employees or subcontractors.

8.1 Overview. This Contract imposes special restrictions on how the Client and the Designer must handle confidential information. These obligations are explained in this section.

9. Limitation of Liability. Neither party is liable for breach-of-contract damages that the breaching party could not reasonably have foreseen when it entered this Contract.

10.1 Overview. This section transfers certain risks between the parties if a third party sues or goes after the Client or the Designer or both. For example, if the Client gets sued for something that the Designer did, then the Designer may promise to come to the Client’s defense or to reimburse the Client for any losses.

10.3 Designer Indemnity. In this Contract, the Client agrees to indemnify the Designer (and its affiliates and its and their directors, officers, employees, and agents) from and against liabilities, losses, damages, and expenses (including reasonable attorneys’ fees) related to a third-party claim or proceeding arising out: a breach by the Client of its obligations under this Contract.

11.2 Arbitration. As the exclusive means of initiating adversarial proceedings to resolve any dispute arising under this Contract, a party may demand that the dispute be resolved by arbitration administered by the American Arbitration Association in accordance with its commercial arbitration rules.

(a) Over the course of this Contract, one party may need to send a notice to the other party. For the notice to be valid, it must be in writing and delivered in one of the following ways: personal delivery, email, or certified or registered mail (postage prepaid, return receipt requested). The notice must be delivered to the party’s address listed at the end of this Contract or to another address that the party has provided in writing as an appropriate address to receive notice.

11.6 Signatures. The Client and the Designer must sign this document using Bonsai’s e-signing system. These electronic signatures count as originals for all purposes.

11.7 Governing Law. The laws of the state of California govern the rights and obligations of the Client and the Designer under this Contract, without regard to conflict of law principles of that state.

THE PARTIES HERETO AGREE TO THE FOREGOING AS EVIDENCED BY THEIR SIGNATURES BELOW.

See the full contract & make your own.
Create An Account
Bonsai offers many types of contract templates, including Freelance Website Design Contracts. We also offer Freelance Invoices and data on what different freelancers should charge in different geographies, like Web Designers in Canada.

Have a question?
Email us.

Because it's signed, the client will still have access their copy. However, your deletion cannot be undone.
Delete

Bonsai is a free tool that makes work contracts quick & easy to create.

Create and sign one in minutes with expertly-written templates. Avoid common issues, look professional, and get on with your work.
Enter Terms 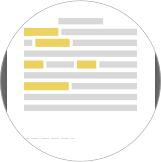 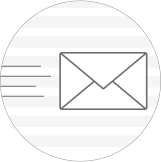 Already have an account? Log in
You can find our FAQ in our knowledge base:
Go to Knowledge Base